Who is Main Street?

The Main Street Columbus Program kicked off on August 9, 1985, and is a 501(c)(3) public/private partnership receiving funds from the City of Columbus, County of Lowndes, fundraising efforts, donations and membership dues. Our work takes place with the help of a volunteer board of directors and our four working committees: Design, Promotion, Membership and Economic Restructuring.

Downtown Columbus is proud to offer approximately 184 upper level apartments and constantly enjoys a spirit of interest and investment.

The Four-Point Approach®, on which Main Street operates, is a proven methodology for historic preservation-based economic development that was developed by the National Trust for Historic Preservation and is used in more than 2,000 communities through the United States.

Aaron Sanders – Eat With Us Group

A successful Main Street depends on the support of the entire community.  One is not required to have a business or own property in downtown Columbus to partner with Main Street.  Most likely, every resident enjoys downtown in some way … you drive through downtown, shop or eat downtown, enjoy the beautiful Riverwalk Park or relax in Leadership Plaza, receive professional services or live downtown.  Whether a private citizen, a community leader or a business or property owner, you can support YOUR downtown by joining Main Street Columbus today.

The Market Street Festival, which began in 1996, takes place the first weekend in May each year.  This diverse, family event has been named a Top 20 Event as well as Best Fundraising Event and Best Image Package by Mississippi Main Street Association.  An estimated crowd of 38,000 – 40,000 attends the festival each year.  Arts & Crafts, children’s activities, 5k run, car show, WCBI-TV “Crank It  Up” car giveaway and musical entertainment are only a few of the highlights of this not-to-be-missed festival.

What is the Façade Improvement Grant Program? 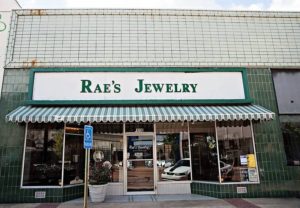 The Façade Improvement Program is available to owners and tenants (with owner permission) for
proposed improvements to the front facade of an existing building.  Grants will be issued on a first-
come basis with the approved fund disbursed at the completion of the facade improvement.